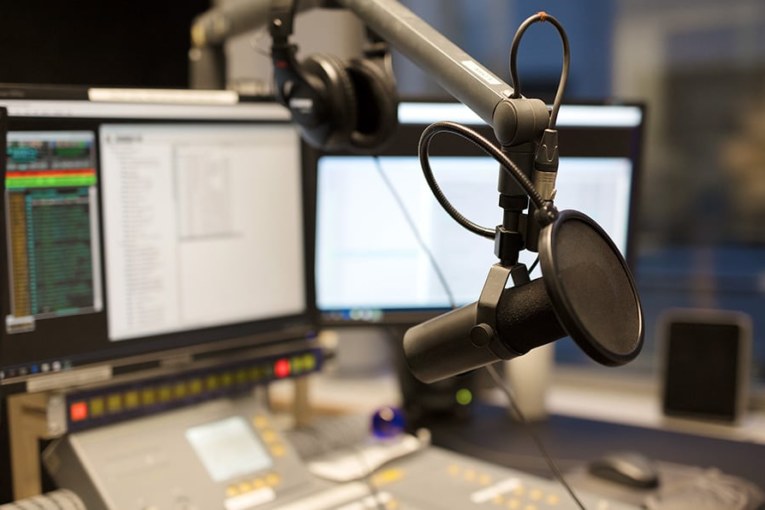 I had just changed my major to Broadcasting from Psychology and in order to get the “full immersion” treatment, I applied for a job at WUFT, which at the time was located in the bottom of the stadium. I was a junior, and Broadcast Professor Art Jacobs had given me the courage to start anew at something I really had an affinity for.

Bob Estes was the studio manager and he assigned me to the 5 p.m. news as my first assignment. I was a floor assistant which meant I was supposed to pull the “hod” cards with the credits on them when the director in the booth shouted “pull!” The directors were students and needless to say some were better than others.

I arrived about 45 minutes early for my first job, and I was a a bit nervous and keyed up. The old hands at the studio recognized fresh meat, so they immediately sent me on a quest to find the Wondo Bar, which they said was located in the Chroma Key Closet in the back of the studio.

I didn’t want to appear stupid, so I immediately set out to show them I was a valuable team player. I spent about 20 minutes in a fruitless search for what they wanted.

Since there is no thing called a Wondo Bar and there was no Chroma Key Closet, it wasn’t long before I had to stand before them and tell them I couldn’t find it. They stood there solemnly looking at me as if I were a complete dunce and a failure, and then broke into convulsive laughter. Ah well, it was my initiation into the brotherhood of broadcast geeks, so I took their joke in stride and on my first assignment, only missed one credit pull on the hod stand.

Over the next two years, however, that studio experience became the real study hall for me. I loved being there. And most importantly, it prepared me better than any classroom for my career in broadcasting. God bless all those guys: Frank Beach, B.S. Broadcasting 1967, Marty Stone, B.S. Broadcast 1967, and Max Newell, B.S. Broadcast 1969, and especially Hank Conner (now professor emeritus), who eventually trusted me enough to be a TD on Sunshine, which is a whole other story for another time!

(Lancit went on to become an award-winning producer and creator of “Reading Rainbow”, which aired on PBS over 21 seasons.)