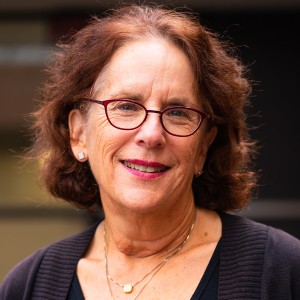 Veteran Washington Post journalist Miranda Spivack is joining the University of Florida College of Journalism and Communications‘ Brechner Center for Freedom of Information on a year-long fellowship to work with journalism students on investigative reporting projects spotlighting issues of government secrecy.

Spivack began work Aug. 1 in a newly created fellowship position that also will include creating research papers for the UF-based National Freedom of Information Coalition about issues affecting public access to government records.

Over a journalism career spanning four decades, Spivack has been recognized with multiple awards and accolades, including the 2017 Sunshine Award from the Society for Professional Journalists for her series, “State Secrets,” examining how state and local government agencies manipulate fees, delays and exemptions to deny the public access to information. The series was published by Reveal from The Center for Investigative Reporting and in USA Today and its affiliate newspapers nationwide.

She recently completed a semester-long fellowship as a Fulbright Scholar in North Macedonia, where she taught journalism and worked with independent news organizations. While in North Macedonia, she conducted lectures, seminars, public conversations and panel discussions on independent media and legal issues, including working with local partners to develop a toolkit to help detect and combat “fake news” in eastern Europe.

“Miranda Spivack is one of the most knowledgeable and respected authorities on freedom of information anywhere, and she has dedicated many years to sharing that knowledge and teaching up-and-coming journalists how to use the law to their advantage,” said Frank LoMonte, UF journalism professor and Brechner Center director. “Bringing Miranda aboard as part of the Brechner Center’s team will directly advance our goal of using the power of journalistic storytelling to bring home the human costs of secrecy. Our students are awfully fortunate to have the guidance of such an accomplished mentor who’s at the top of her game professionally.”

Spivack began her reporting career in Portland, Maine, where she covered police and courts. She was in the second class of journalists who attended Yale Law School on a year-long Ford Foundation fellowship. She spent 15 years as a Washington correspondent, first for Newhouse News Service and then The Hartford Courant, where she covered politics, the defense industry and the Supreme Court.

She then joined The Washington Post, where she worked for nearly 20 years as an editor and reporter. She has taught journalism and law at American University and the University of Maryland, and in 2016 was named the Eugene S. Pulliam Distinguished Visiting Professor of Journalism at DePauw University.