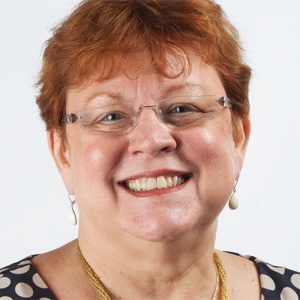 Dr. Ferguson has conducted research on many health related topics including tobacco, gambling, environmental health, and disaster planning. Her other applied research studies include several statewide political polls for Florida newspapers, public opinion polls of residents for city and county government, polls of minorities, polls of homeowners, polls of association members, and dozens of readership and viewership studies. An area of Dr. Ferguson’s research is in communicating about health risks. This work is primarily concerned with how individual differences in risk taking affect attention to and acceptance of persuasive messages designed to reduce risky behaviors. She also conducts research in corporate social responsibility and ethics.