The lab’s activities are structured to facilitate research, teaching and service initiatives at the intersection of media, technology and psychology. On the research front, the lab is currently working with research collaborators from UF and other institutes who are interested in studying the effects of immersive, interactive and impactful experiences for communicating messages focusing on social good. In order to operationalize social good, the lab has adopted the 17 sustainable goals identified by the United Nations and every project at METL  falls under one of the 17 topics shown below. On the research front, the Media Effects and Technology Lab is currently working with research collaborators from UF and other institutes who are interested in studying the effects of immersive, interactive and impactful experiences for communicating messages focusing on social good. The lab is specifically interested in Virtual Reality (VR) and Augmented Reality (AR) technology. Highlighted below are some of the research projects the lab is currently exploring. 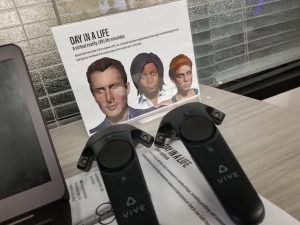 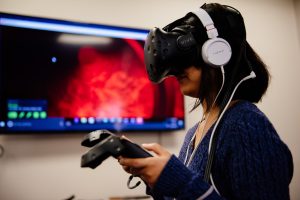 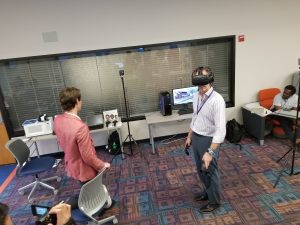 In 2012, 29 million Americans (9.3% of the population) were affected by diabetes, with 1.7 million new cases added every year according to the CDC’s report on diabetes (2014). Of special concern are children and youth under the age of twenty, with 24,000 new cases added to the diabetic list annually. Although there are multiple reasons for this rate of increase in juvenile diabetes, we would like to focus on raising awareness about the consumption of excess sugar and its effect on our health and wellbeing. We intend to raise awareness about these issues by using innovative and immersive virtual reality (VR) technology to facilitate previously unavailable perspectives that can influence attitudes and behavior. In our VR simulation, users experience the effects of sugar overconsumption on their mobility, and see the social implications as well. 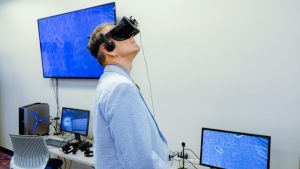 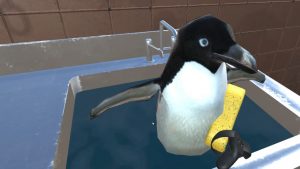 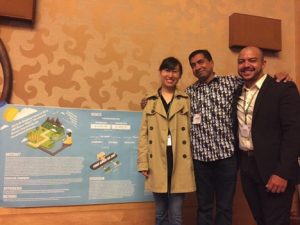 The lab is also working with environmental journalists, law and architecture experts to develop simulations that demonstrate the adverse effects of climate change. Some of the climate change topics that the lab has been working on are sea level rise, ocean acidification, oil spills and the effect of climate change on animal and bird species. METL works on identifying effective ways to communicate messages related to climate change. 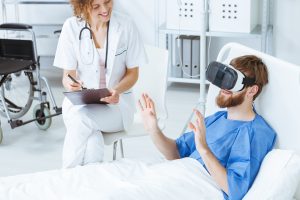 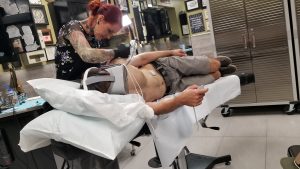 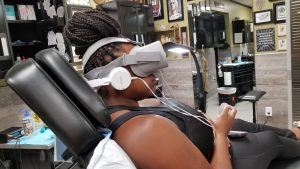 In collaboration with Dr. Roger B. Fillingim, Director of The University of Florida’s Pain Research and Intervention Center of Excellence (PRICE), the METL is investigating how new media technology can contribute to reducing pain among individuals with acute and chronic pain. Specifically, we are currently conducting field studies at local tattoo parlors to identify key factors and affordances of VR that influence pain perception among individuals receiving a tattoo.

The on-going research seeks to explore how VR can serve as an effective non-pharmacological treatment for individuals with chronic and acute pain. Furthermore, findings aim to go beyond mere distraction, and identify specific mechanisms by which VR experiences can increase pain resilience.