No Doubt: Communicating Uncertainty, Climate Change, and the Future of Florida.

The University of Florida’s Science Journalist in Residence program is pleased to present NO DOUBT: Journalist Jenny Staletovich on communicating climate change, uncertainty, and the future of Florida.

Ms. Staletovich covers environment and science for Florida’s largest public radio station, WLRN in Miami. Her recent climate stories have ranged from the ghost forests of Florida to scientists’ challenge to explain uncertainty in predictions without suggesting doubt.

Graham Center Fellow Cynthia Barnett interviews Ms. Staletovich on these topics and more from the stage of Pugh Hall Ocora at 6 p.m. Wednesday February 26th. UF’s Science Journalist in Residence program is funded by the Office of the Provost, the Office of Research and the College of Journalism and Communications, with thanks to the Bob Graham Center for hosting.

Staletovich has won state and national reporting awards including the Scripps Howard National Journalism Award for Distinguished Service to the First Amendment as well as Green Eyeshades and Sunshine State Awards.

In 2019, she received the Hoeveler Award from the University of Miami, and Tropical Audubon’s Polly Redford Award for her environmental reporting. She was named one of Audubon magazine’s national “women greening journalism,” and Miami New Times “Best Herald” reporter in 2016 for being an “informed, impassioned, and steady voice” as South Florida charts its future in the face of rising seas. 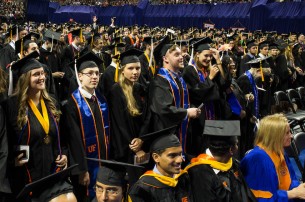