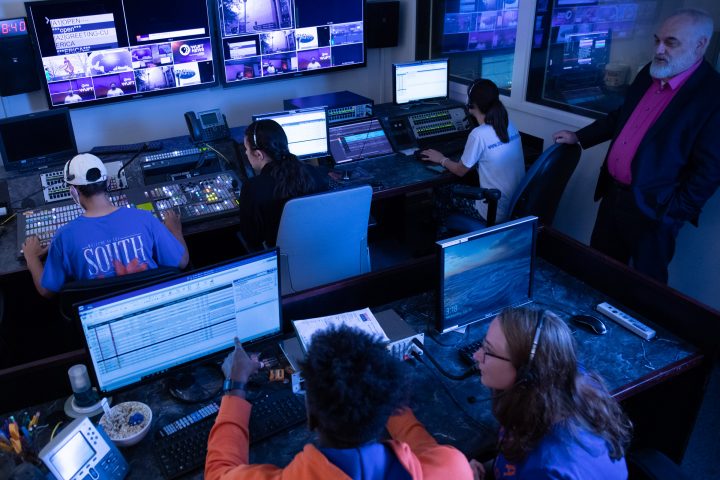 The Digital Film and Television Track teaches students how to formulate an idea and translate it to the screen. Projects range from narrative and documentary films to commercial and sports production. Graduates can pursue careers in writing, directing, producing, cinematography, and editing.

Media and Society prepares students for careers in social media, and in working with organizations to enable and enhance their communication efforts. Students can specialize in Digital Media, Multicultural and Global and Communication, and Applications of Communication.

The Management & Strategy track focuses on the business aspects of the media industry. Media research, strategic management practices and business models, content development and distribution, consumer/audience measurement and analysis, and operations and planning are among the areas students explore in this track. This track prepares students to work on the business and operation side of the media industry, whether that be in entertainment and film, news, sports, or other content sectors.

Students in this program can benefit from access to the media properties housed within the College: two commercial radio stations, two public radio stations, one public television and one commercial weather television station. The media properties allow our students to produce professional products for television and the Web, while gaining hands on experience with state of the art equipment. This educational experience translates into national recognition from national entities including the National Academy of Television Arts and Sciences, The National Association of Television Program Executives, the International Radio-Television Society, and the National Broadcasting Society.

Media production, management, and technology graduates are well prepared to enter the communications field in a wide variety of capacities. In the production track, students may concentrate on writing, directing, videography or editing. Students in Media and Society study the use of communication in organizations and government, with an emphasis on digital and social media. Those choosing to complete the management and strategy track are well prepared for positions in management, audience research, sales and marketing, and promotion, as well as other administrative positions.

Regardless of track, the students gain a foundation in writing, creative thinking, communication and professionalism making a media production, management, and technology degree a great foundation for multiple graduate programs and professional schools.

Five Things You Should Know