Like most of America, Adam Schwartz,  B.S. Advertising 1997, was alarmed when he watched George Floyd die at the hands of police officers on the streets of Minneapolis. He decided then that he needed to focus some of his time on combatting the problem, so he started “Being Racist is STUPID!”

“I’m a white voice saying I want to make things happen,” he said in his introduction video on YouTube. He hopes to persuade others to join his movement to fight racism in America, and he’s starting one person at a time in a place he knows well — the University of Florida.

After graduating from UF, Schwartz became a financial adviser, now working for JPMorgan Chase. He’s taken a leave of absence while he pursues his new calling. “I was so full of emotion, anger and confusion. I thought, ‘This is so stupid, being racist is so stupid.’” 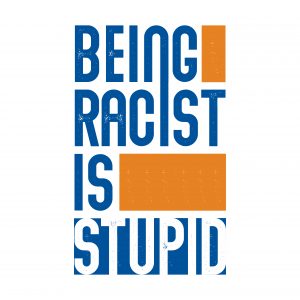 He trademarked the name Being Racist is STUPID, bought the web domain beingracistisstupid.com and started a YouTube channel to spread a movement of positivity, fairness and love. Trying to gain momentum, he left his home in Boca Raton with his girlfriend and two sons and headed to Gainesville, where he spent time during the Gator football team’s last home game talking to people at local establishments and handing out T-shirts and hats with his slogan. The reception was all positive, he said, “because students are more open-minded and accepting of others. The younger generation is more inclusive.”

Schwartz, 48, credits CJC with giving him the skills to create and promote the “Being Racist is STUPID” movement. “The campus is open to everything and everyone. It felt so safe for everyone there, and that is so important. As a student, I learned to value everyone’s perspective and input. It made me who I am.”

Using money he inherited from his late parents and from investments, he’s funding the project himself. His goal is to get people with influence — politicians, school board members and the like — onboard to help create programs to make change happen. One goal is to create a Division of Racial Equality in government, whether national or state. Another is to get corporations to mandate diversity training for all employees yearly. Another involves two areas relating to education.

He thinks schools need to provide all students “a much more extensive and honest accounting of the history of minorities in this country” because shaping views on equality starts early, he said. “As I began this mission, I did so much research about slavery and the civil rights movement. I learned about so many amazing men and women that existed with the same vision, people fighting to be treated equally, to be treated like humans…. I learned names that I should have been taught about in school.”

In addition, changing policies and structures could help make things better for people, he said. “We need to add programs in schools that teach equality and fairness and inclusion. This America that we live in is ‘fair for everybody’ is the message taught. But that isn’t true. We want the same amount of doors open for everyone.”

His girlfriend encouraged him to start looking for his true purpose in life, he said, which led him to take time away from his job. JPMorgan doesn’t want him to leave, though, and asked him if there was a job he would consider that would incorporate his passion. One such job requires “a demonstrated commitment to addressing the issues concerning those underrepresented in the financial services industry,” he said. He’s considering it.

He learned to be fair and kind from his mother, who also taught him how to treat people with respect and make everyone feel equal. “My mom was the Tim Tebow of moms, truly an angel on this earth who everyone looked to for advice and guidance and patience and kindness. She was always known to be the person to ask if you wanted to be sure you were doing the right thing.”

He’s taking the lessons she taught to a new level with his program, even selling T-shirts, coffee mugs and mouse pads on his website to make money to reinvest in the program and donate to a local nonprofit.

“If we all just do what’s right, it will all work out,” Schwartz said. “We just need to spend our time teaching everyone from a very young age what that looks like.” 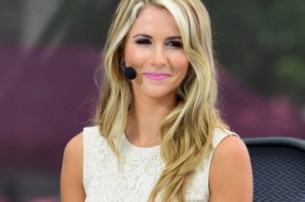 Laura Rutledge, University of Florida College of Journalism and Communications (UFCJC) alumna, was the featured guest on an episode of The Ringer podcast hosted by... 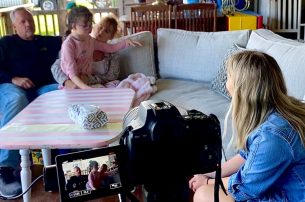 By Nora O’Neill, Journalism 2023 Meleah Lyden, B.S. Telecommunication 2022, would not have believed that her destiny was to be an award-winning broadcast journalist. Lyden...