Moni Basu, University of Florida College of Journalism and Communications Michael and Linda Connelly Lecturer for Narrative Nonfiction, is the recipient of one of 22 2019 Wilbur Awards from the Religion Communicators Council (RCC).

Her entry, “A Gunman Killed His Brother. Now Farris Barkat is on an American Journey,” received the top prize in the Digital Communications: Online News Stories category. The story focuses on the murder of three Muslim family members in North Carolina and their brother’s pursuit to honor their memory and promote peace and acceptance in the community. She produced the story in 2018 when she was a senior writer on CNN Digital’s Enterprise team.  She joined the College in fall 2018.

For 70 years, the Wilbur Awards have honored excellence in secular media – print and online journalism, book publishing, broadcasting and motion pictures – for communicating religious issues, values and themes. Basu will receive that honor at the 70th annual Wilber Awards Banquet on April 12 in Chicago.

The winners will be presented their awards on April 12 at the RCC’s 90th annual convention. 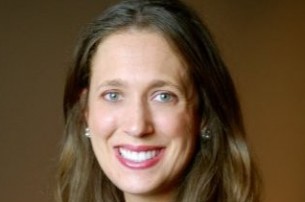 Brittany Wise, B.S. Journalism 2007 and M.A.M.C. 2010, is the new University of Florida Strategic Communications and Marketing Director of Communications effective Feb. 21. In...

Judy Hunter, University of Florida College of Journalism and Communications associate director of Advising, is the recipient of a UF Division Three Superior Accomplishment Award....